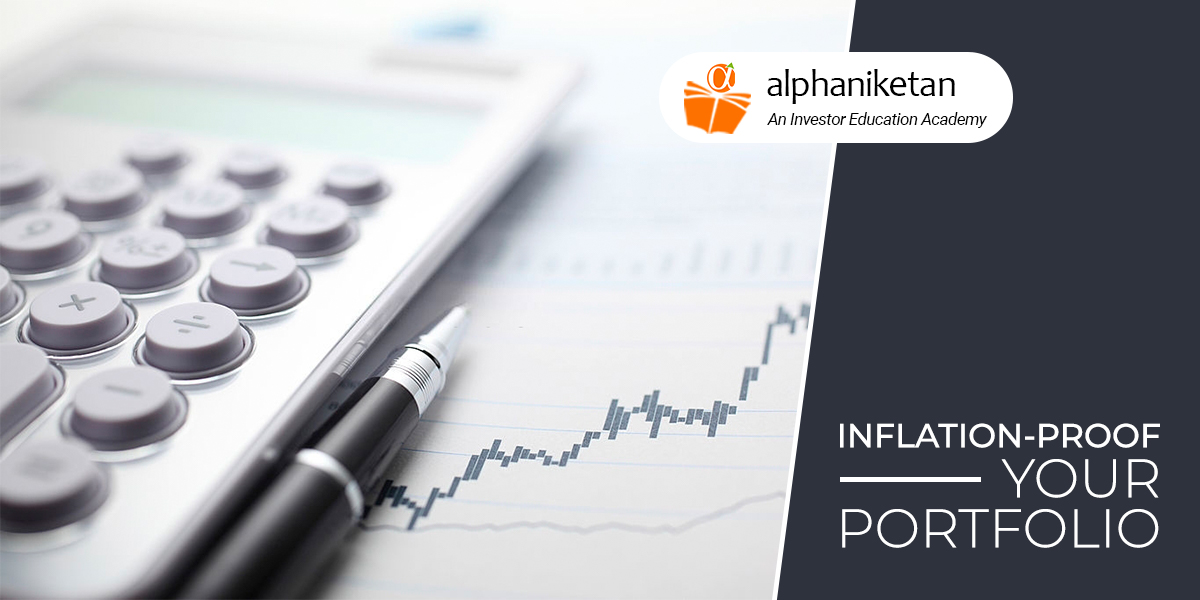 With the outbreak of coronavirus pandemic, central banks globally are facing a tightrope walk between inflation and economic growth.

Earlier this week USA reported largest gain of 0.9% (for June 2021) in consumer prices in 13 years, pacing 5.4% year-on-year. Reserve Bank of India too reported retail inflation of 6.26% for June 2021, which though has dropped from the 7% rate of November 2020, but is significantly above the pre-pandemic range.

The numbers are beyond the tolerance zone of both Federal Reserve and RBI and are likely to stay at an elevated level. As Larry Fink, Chairman & CEO of BlackRock, which is one of the largest asset managers in the world, has recently indicated, US inflation would not just breach 2% but could stay elevated at 3.5-4% for the foreseeable future.

What led to higher inflation?

Even as there is a demand pull, the increase in general money supply too has a role to play in enhancing the inflationary pressures. For instance, the dollar circulation in USA got a 20% boost by Federal Reserve that launched a $1.9 trillion monetary aid package.  Even the Indian Government offered an economic stimulus amounting to INR 6 trillion ($79 billion or 2.5% of GDP). Several other tax and aid packages were announced globally as well in order to stimulate households and businesses deeply impacted in the wake of the COVID-19. As a result of the economic aids, Government debt shot to 142% of the GDP among G7 countries by end-2020 as against 119% in December 2019, which too has played a significant role in escalating inflation.

So how do we tweak our portfolios to fight the inflation beast?

If the conservative inflation forecasts are anything to go by, the investment portfolios and the asset classes would have to be modified to tackle inflation. This is because in order to tame inflation, Central Banks choose to use the age-old method of hiking interest rates. The presence of persistently high inflation, coupled with jacked up interest rates in the system ultimately affects corporate earnings negatively. Let us understand how the two pan out in different scenarios.

If inflation rises, Neeraj – who used to spend Rs 1,000 to purchase basic goods, would now have to shell out Rs 1,500 to buy the same items. Since the purchasing power of his money has decreased, he would expect a higher rate of return from his investments to maintain his purchasing power.

At the same time Neeraj would also avoid stashing cash at home as its value would decrease. So, he is more likely to invest this amount in real assets that would at least match, if not beat inflation. During periods of high inflation, investments in fixed income instruments do not yield the desired result and money tends to find its way into riskier assets such as real estate, equities, precious metals and commodities.

What investors need to understand is that these high inflationary periods lead to lower real returns – which is nothing but the actual rate of return, less inflation. So if investments are left unattended over long period of time in conservative asset classes such as fixed-income instruments, your wealth would gradually erode under the forces of inflation. You need to proactively chart an investment strategy and take necessary measures to protect the real value of your wealth.

The first move to make for any investor is to assess where s/he stands in the overall inflation and economic cycle. For example, during periods of high inflation currently seen, it is important to measure the exposure to long-term fixed income bonds, where you lock into low yielding interest rates for 20-30 years as the value would degrade for decades together. The amount received at the end of this long period would be worth far less than it is today.

So where then to invest?

To fetch returns on investments that outpace inflation you would have to seek options that are likely to move in tandem with inflation. Some options to consider are:

Different countries offer bonds that are linked to inflation. First introduced in United Kingdom, these inflation-linked bonds are now popular in USA, India, Sweden, Canada, Mexico and even Australia. For instance, the interest rates offered under the Inflation-Indexed RBI Bonds or US Treasury Inflation-Protected Securities increase when the inflation rate is high and reduce in a deflationary scenario.

Tangible goods such as gold, silver, oil, gas or even agricultural crops traditionally tend to be your best hedge against inflation as their prices increase when interest rates are high. During economic downturns more people flock to these real assets shooting their prices. Another rationale is that since the local currencies are depreciating, the wealth in local currency can be protected via exposure to Gold, Silver and other natural resources.

During times of inflationary pressures in the economy, real estate prices tend to remain firm and move up. Hence, real estate is another investment option you should explore during high inflation phases. If you cannot afford to purchase entire piece of land or property, real estate investment trusts (REIT) can be considered, which consist of a portfolio of properties and can potentially offer inflation linked returns in line with real-estate as the underlying asset.

While equities do tend to perform well during periods of moderate inflation, one should exercise caution while picking the right stocks. Companies would be forced to increase the prices of their products due to rising raw material and labour costs. But if this price rise dents the demand of its products, then it ultimately feeds into lower revenues for the company. In worse scenarios companies aren’t completely able to pass the cost burden to the end customers thereby impacting the underlying earnings, which in turn impacts stock prices.

While there is a furore over the legality of cryptocurrency, it has become the hot favourite among investors seeking high returns. There is no historic record of how it would perform during inflationary phases, but the fact that these are limited in number and money would be chasing the non-currency options, there is a likelihood of a price rise in this emerging investment option.

THE RISE & RISE OF THE US DOLLAR – WHAT IS THE RECOURSE?