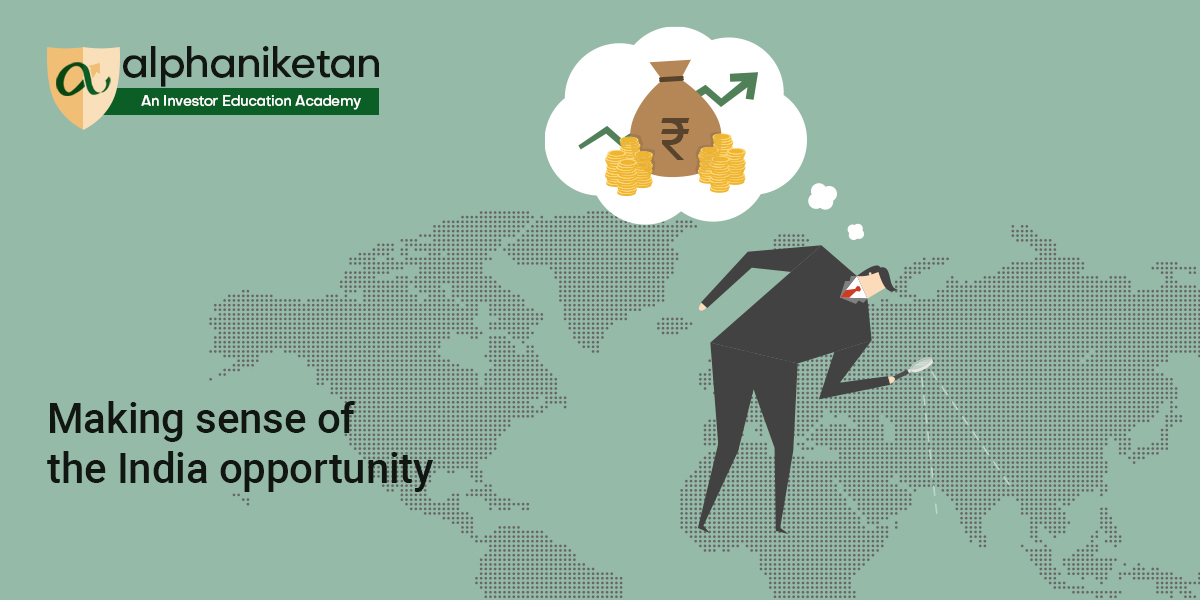 The world is a troubled place right now. There is a war in Europe, a resurgent pandemic in China, US and Europe, and soaring inflation due to rising energy costs and supply constraints. Natural calamities like floods and drought affect lives and livelihoods in different places. If you go by the speech made by the US Federal Reserve chairman Jerome Powell recently at the central bankers’ symposium in Jackson Hole, there is more economic pain ahead for the US economy. He used the term’ price stability’ regularly in his eight-minute remarks and vowed to take action as long as needed to fight inflation. Financial markets around the world hoped for a signal. They wanted to know when the inflation and interest rate cycle would peak. They got a warning of more interest rate hikes instead. Share prices around the world tumbled.

Rising interest rates in America mean the US dollar continues to strengthen against major currencies. The latest newsletter from Morgan Stanley, a global bank, points out that valuations are rich despite better-than-feared corporate earnings in the US.

“Better than feared is not a good reason to invest in something if the price is high and the earnings are weak,” the bank argues in the note.

The Indian rupee has shed 3.9% value since April 2022. As India continues to import oil amidst rising prices, the US dollar’s strengthening makes imports even more expensive.

However, Michael D Patra, deputy governor of the Reserve Bank of India, argues that India’s fundamentals are more robust despite the fall in the rupee value.

“The inflation in India is lower than the weighted average of its major trading partners,” he said in the monetary policy committee meeting. While high-frequency indicators suggest a moderation in the growth momentum, it is still more robust than the slowdown witnessed in the rest of the world.

“India’s real GDP growth is tracking the RBI’s projections (at 7.2%), despite the downside bias imparted by the highly unsettled global environment,” he adds.

The deputy governor also explained in a speech earlier in August 2022 that private consumption constitutes 55% of GDP in India. The manufacturing sector will likely lead the investment led-growth as companies in rich countries look to diversify their production base from China. Apple, the world’s most valuable company, is all set to announce the launch of new phones to be shipped from India. That would be the first time Apple would ship the latest iPhone model simultaneously from a country other than China. That is a reflection of things to come.

The story of India is more about things to come rather than things happening now. A lot is going on for India in the long term. In the short-term, Indian equity markets cannot continue to outperform world markets relentlessly. The positive flow of foreign money is talked about as a vote of confidence. However, that could be ‘hot money’ seeking an oasis for the time being. If the US interest rates continue to rise, foreigners may stay away.

From your standpoint, a regular and disciplined approach to investing through exchange-traded or thematic investments makes sense. Diversifying through appropriate asset allocation is the only way to protect yourself against market volatility and risks. Alphaniti can help you if you want to secure your financial future through our newly launched ETF Corner where you can also create SIPs now and our alphamatters and alphastrategies. Do check them at www.alphaniti.com

Delisting – What you need to know

How ETFs can help with Your Passive Investing Goals