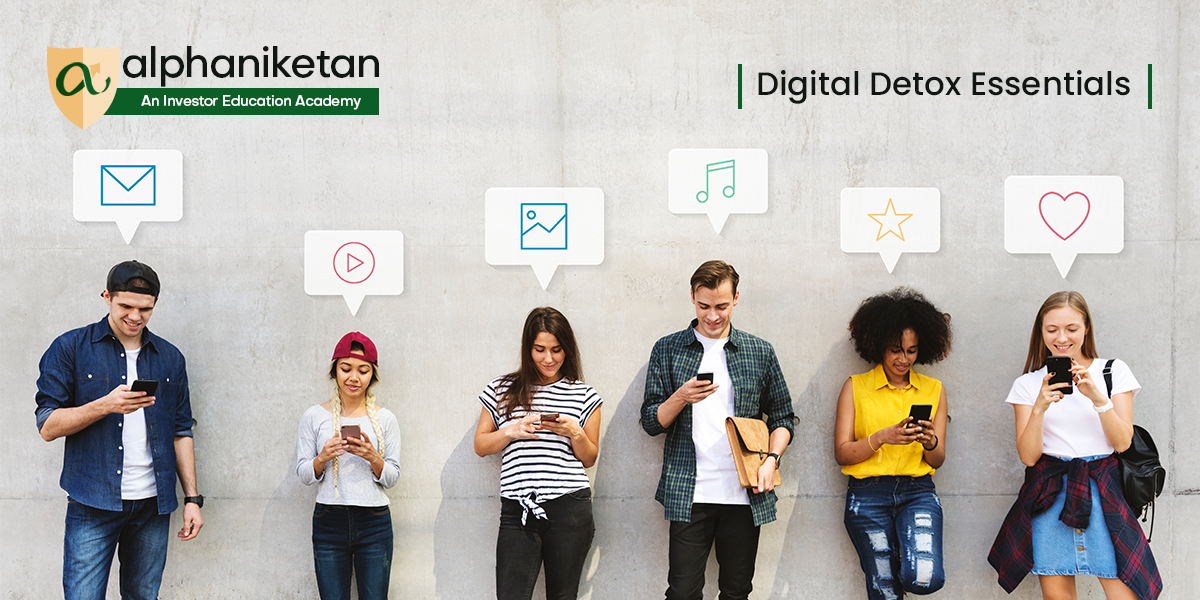 We are increasingly getting hyper-connected with the rest of humanity through the ubiquitous internet and one of the consequences of this interconnectedness is the deluge of messages and data on our electronic devices through emails and various apps like WhatsApp, Facebook, Twitter and the like. Most of us would have received several messages that inform us repeatedly of winning fortunes at lotteries, absolute strangers bequeathing millions, the key to making fortunes by investing in so-and-so penny stocks and the ultimate job offer that you simply cannot refuse. Of what use is it to read a post, for example, that someone is just now at so and so airport or has checked into so and so hotel or has cooked some odd dish or is eating a sandwich at so and so outlet or a God-knows-who wishes you Good Morning? Most of us would readily acknowledge that the bulk of the data in the inbox of our electronic devices is either useless or possibly meaningless too. Despite knowing the utter uselessness of most of the posts and data, we still peruse them intently even as we are walking a street or driving or at work or just relaxing at home. While this malaise has affected all of us, the influence of social media is indeed remarkable among our youth who have virtually become slaves of their mobile phones.

The received wisdom over the years is that we need better information to take qualitatively superior decisions. This was, of course, at a time when information was somewhat hard to come by. This tenet has been turned on its head, as it were, with the information overload we are currently subjected to, of course, at our choice. Unless we adroitly sift the information that is available to us on the internet, we could end up in a highly anxious state of mind because even within an extended time frame we would not have evaluated all the available information on the subject to arrive at an informed decision. It is, in a manner of speaking, akin to a computer system being overworked with processing incessant and dense data that frequently results in either slowing down the system or in extreme cases, the system hanging. Coming back to our brain, this cognitive overload results in what is called “brain fog” that results in compromising the critical thinking skills of the brain making it very hard to focus and leading to unnecessary anxiety. Decision-making thus not only gets delayed but the quality of the decisions are likely to be poor because the brain would have become somewhat numb as a result of the perceived urgency to process the information overload.

How can one deal with this constant sense of anxiety that one experiences when one has several thousand messages unread and un-responded to? It may be worth recalling a report of around four decades ago about an interview that the famous Hindi film actor, Raaj Kumar had given to a film journalist. The report says that as the journalist kept interviewing the actor, he could hear that the landline telephone by the side of the actor kept ringing without the actor making any effort to lift the receiver. On being queried about this by the journalist, the actor is reported to have responded in his typical nonchalant style saying that the telephone is his servant and not the other way round requiring him to dance to its tunes. He said he will answer the phone at his convenience and when he feels like so doing.

Taking a cue from this story involving the yesteryear actor Raaj Kumar, we can formulate a methodology to address the innately irrational behaviour of people like us – who are otherwise sensible and near-normal – in putting ourselves into spates of anxiety while trying to deal with the digital deluge. For a start, we have to accept that it is impossible and indeed not worthwhile processing all the information that becomes available to us on our electronic devices. This should be followed by a conscious effort to de-clutter our message boxes by learning to ignore the bulk of the messages that are mostly unsolicited, irrelevant and meaningless, fake and possibly sponsored. The situation is acutely aggravated by the system of bulk emails that one keeps receiving that is meant to motivate us to buy stuff that we do not need with money that we do not have and the network effect of being a part of several messaging groups where there are hyper-sensitive men and women accusing each other and defending each other on subjects that are of least interest to most of the members of the group. It is therefore imperative that we need to consciously strive to develop an information quality control system that regulates the incessant flow of new information and filters out almost all the irrelevant information, hopefully covering fake and sponsored content camouflaged as objective and relevant information.

Most importantly, as the MTV dudes say, it is about time for us to “go get a life”. While de-cluttering our in-boxes is a good starting point, this should be followed by a strict abstention from viewing any message for a few of our waking hours during the day. Finding time to saunter around a garden or in the open to let the eyes fatigued by constantly looking at the display screens get some rest and time to recuperate is an imperative for the overworked and constantly-on-the-move generation. We should claim back our dear lives from the digital onslaught and essentially learn to detox ourselves in order to live normal lives, not much different from the type of life our forefathers lived. Such endeavors have the potential to restore our sanity in the increasingly interconnected and data-centric everyday lives that we have, willy-nilly come to lead.

This article is authored by UR Bhat, Co-Founder at Alphaniti (www.alphaniti.com)

How to play India’s banks as interest rates rise