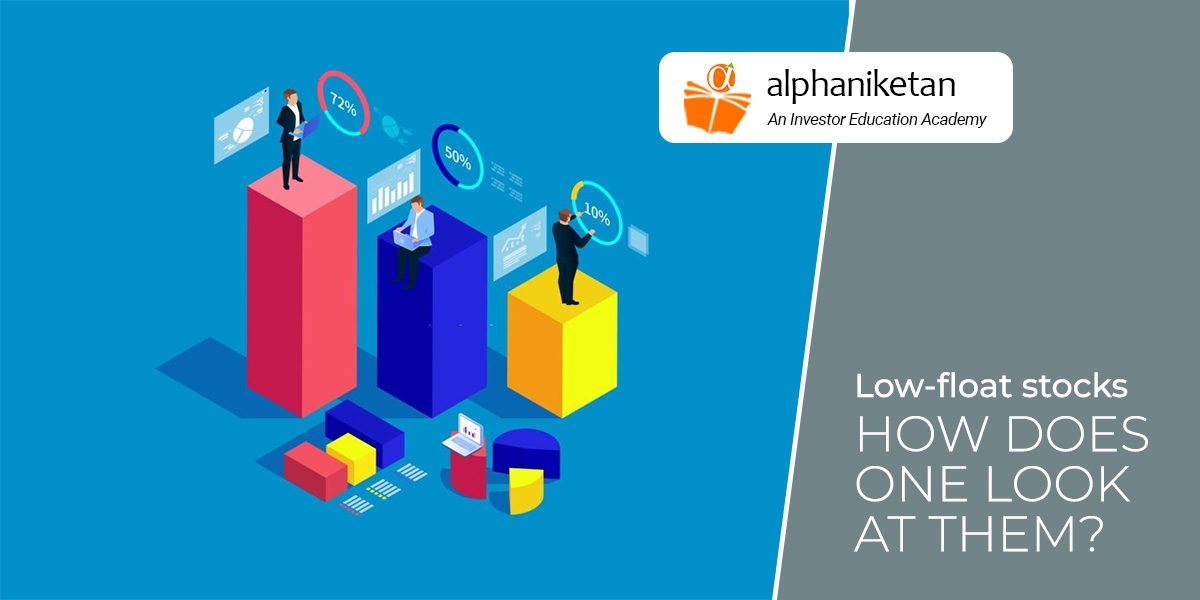 Markets are all about patterns of investments. Patterns reveal types of investors. When the share price of a few and well-placed stocks rise, it is a class of well-informed and institutional investors who are investing for the long term. When the share price of large-and-mid-sized companies rises, it is usually led by a section of High Networth Individuals (HNIs) or similar profiles of professional investors. But when the share prices of most companies or broad indices go up in tandem, it is usually led by strong participation from the masses. Such is the case that in recent times share prices of low-float companies have gone up. This has attracted the attention of the media, analysts, and experts. So, how does one evaluate this situation? What is it one can learn and understand from this trend? Does it make sense to chase low-float stocks? Do these companies offer stable and high returns in different cycles of markets? Let us understand these aspects in detail:

For beginners, low-float stocks are those which have high promoter holding. This is typically around 75 percent or more. In some cases, large financial institutions such as insurers, mutual funds, and foreign institutional investors may hold a large chunk. These are typically long-term investors. Due to concentrated holding and low free float available for trading in the open market, the trade volumes in these companies are typically on the lower side. In a low free-float stock with low volumes, it is easy for a few savvy investors to dictate the price behavior of the underlying stock.

An important factor that one has to bear in mind is low-float stocks are not necessarily fundamentally poor stocks. They can be well-established companies with a good history of trading on stock exchanges. They could be recently listed companies also. Generally speaking, the high holding of promoters is considered as the high commitment of promoters towards the company’s business. Also, when institutional investors buy shares of a company the company is considered a profitable or viable idea for investments. These factors work in favour of low-float companies.

But there is a flip side to low-float stocks. This can be understood with an example. Consider a company ABC. The company’s promoters hold the highest stake. Now, the remaining stake is with the public. In such a low-float company, moneyed investors with a crooked bent of mind can collude with its promoters and influence its share price. In markets, it is befuddling to many an investor as to how certain low-float stocks consistently hit upper or lower circuits. A plausible explanation for this is the manipulation of moneyed investors with the company’s promoters. Such manipulations can also happen in the case of an Initial Public Offering (IPO). Many a time, promoters choose to divest only 10% in IPO. Many mutual funds and institutional investors buy such companies in IPOs or the primary market itself. If such a company is well-marketed through compelling stories, then they see a good listing on the exchanges. And subsequently, their prices keep going up. The promoter then offloads more at a later date at higher prices to reach the 25% non-promoter shareholding threshold stipulated by the SEBI.

There is nothing illegal in this. But this practice results in an abnormal rise in the share price of low-float stocks. When savvy investors identify a low-float stock and buy it, others come to know much later. Retail investors are typically the last to know about such stories. They may buy shares of such low-float stocks and make money. But if the sudden rise in the share price of such low-float stocks is not backed by strong fundamentals and earnings growth, then retail investors are eventually left holding the bag. In a bull phase such as the one we are in, there are many small-cap stocks and IPOs which have received a frenzied response from market participants and are now commanding irrational valuations. Hence, investors have to be careful with such stocks. Further, such stocks may not be backed by sound fundamentals. If and when strong hands such as FIIs, Mutual Funds, or savvy HNIs exit such a stock, then the share price of such stock may subsequently correctly swiftly and sharply.

How to Overcome behavioural biases in Investing

Your Multi Cap Fund Portfolio may soon look very different – What should Investors do?