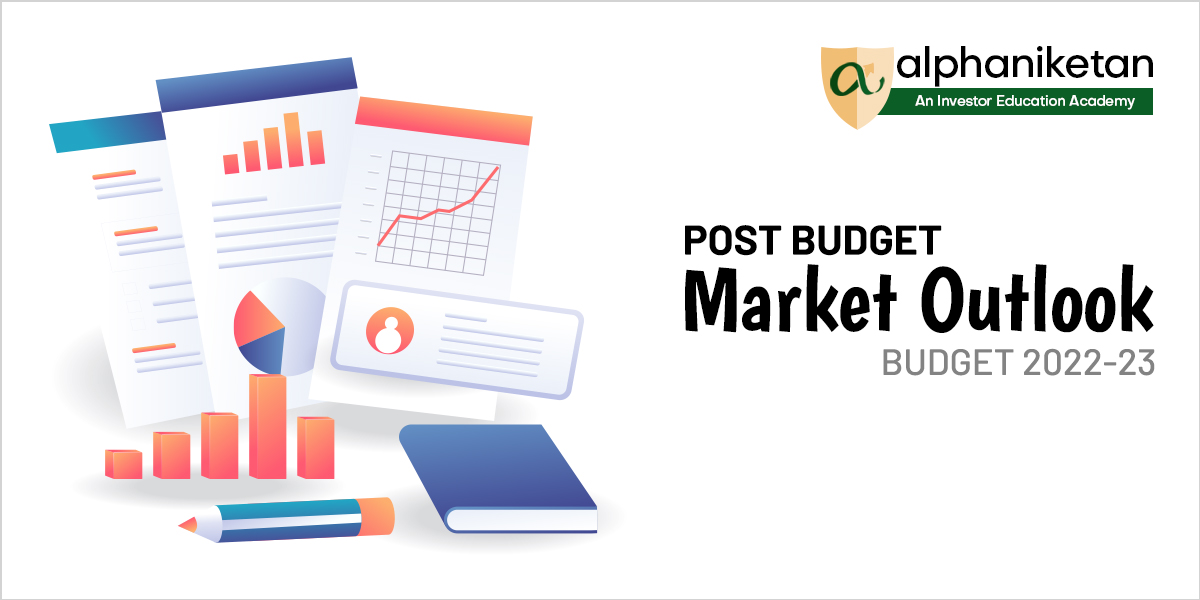 The start of 2022 has been a big roller coaster ride for equity markets. Not only in India but also globally. While we started the year on a strong note, shrugging off the corrective phase that had set in post-Mid October of last year, most of the gains have been given up in the run-up to the budget in the second half of January 2022.

Now that the budget fever is over, let’s look at a few important points from this year’s budget to consider from a birds-eye view.

The positives: The good news is that the budget did not come up with any major negative announcements, particularly on the taxation side, with the noted exception of taxation on Cryptos.

The government has clearly shown that its focus remains turning the quality of expenditure more towards the productive side, i.e., more focus on funding capital expenditure while capping expenditure on unproductive areas such as subsidies.

The overall Fiscal Math paints a conservative picture and while bond yields have shot up to within striking distance of 7%, it is very likely that the govt may end up surprising positively on the overall borrowing program which market participants are particularly worried about today, as they have clearly built in very conservative assumptions on both Tax as well as Non Tax Revenues, particularly from the Disinvestment route.

Moving ahead, we have the RBI policy coming up next week and our markets will look to the price that event in. It will be interesting to see the path that the central bank chooses to take, balancing the high borrowing program coming up in the year ahead vs persistent high inflation that is now creeping into every nook and corner of the economy. Nonetheless, one can expect some amount of tightening to take place this year, in line with the similar policy response from most global central banks, with the exception of China, which is now heading in the opposite direction of loosening, after having undergone a tightening cycle last year.

Earnings season so far has one clear message – while most companies are reporting decent topline growth and guiding for a healthy outlook in the year ahead, significant margin pressures are evident across the board which is likely to play out for a few more quarters until there is reset on pricing as well as normalization of the supply chain. From the market perspective, the best and the easiest phase of money-making is now probably behind us and Investors will have to be careful as volatility will be the norm through the course of this year. As such, smart stock picking is the name of the game and it is unlikely that one will get a free run across the board, across sectors, and market cap segments. Stay vigilant until our next update!

Low-float stocks: How does one look at them?

Has the Pandemic widened Income Inequality?