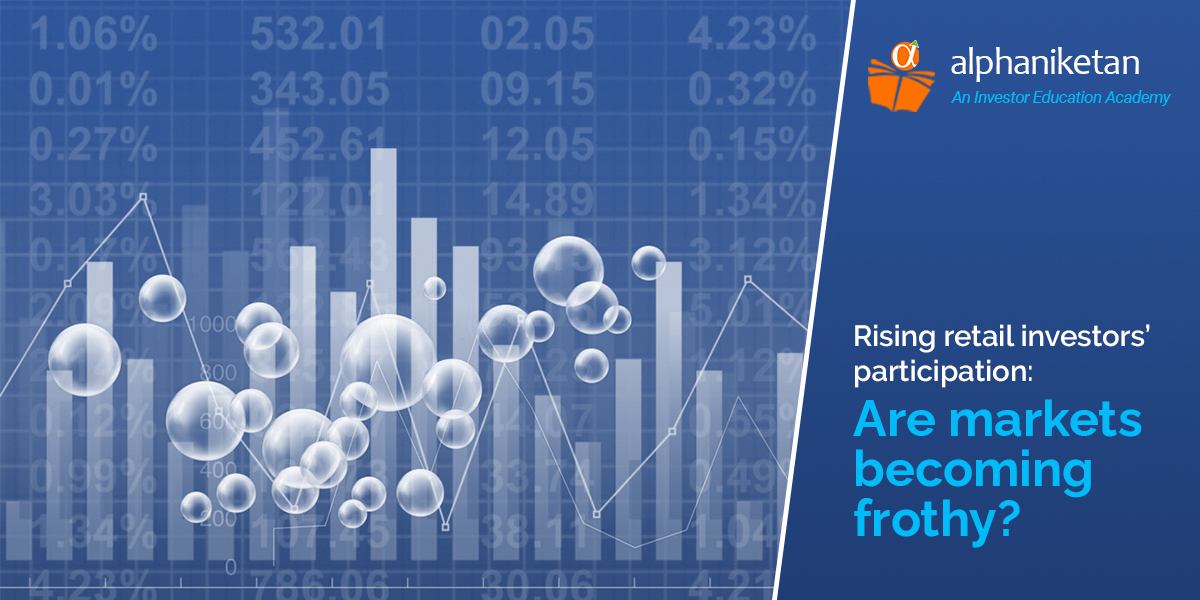 Sense and sensibility are two important qualities that not only play a critical role in life but also in markets. Usually, very few market participants are able to navigate views, analysis, speculations and agendas and make money consistently in markets. This skill of being able to make money consistently is not a gift but something which has to be acquired from years of hard work and first-hand experience in navigating different market cycles. Such investors do not simply invest in markets to be part of a fad and gain from it. Nor do they invest in markets simply because the ways and means of investing in markets are easy and accessible. They invest in the markets because they are serious about their money. They invest their time, energy and relationships so that these essentials help them grow their investments in markets.

The trend of the increasing participation of retail investors has changed the entire dynamics of not only India but Global Markets as well. This can be understood with an example. Old-timers would remember the public offer of Morgan Stanley Growth Fund (MGSF) -the first equity scheme launched by Morgan Stanley Mutual Fund. The fund’s forms were sold in black market in South Mumbai in the 1994 bull market phase. It was an indication of how retail participation reached frothy levels and in hindsight, it explained the downward spiral movement that followed. Nor can one forget the past peaks of the dot-com bubble nor the 2007 EM bubble just before the emergence of the subprime crisis.

Bull markets of 2000 (calendar year) were limited to ICE- Internet, Communication and Entertainment stocks. It reached many households and Newspaper vendors began selling pink dailies faster than general newspapers towards the end of CY2007. This shift indicated the increased interest of retail interest in markets. Each bull-phase had its own indicator of froth being built in the system.

In January 2007, it became mandatory for any person holding a demat account to possess a Permanent Account Number (PAN). This changed the system. Subsequent moves by the Securities Exchange Board of India (SEBI) such as networth requirements, close monitoring of derivatives contracts, changes in risk management system from time-to-time further tightened investors’ participation. However, one factor went in favour of increased investors’ participation—Technology. Technology not only increased the penetration of online trading culture to tier-II and tier-III towns but also brought down the costs for investors and brokers. The advent of tech-driven discount brokers made it even more accessible for most investors. No wonder, the number of demat accounts grew to 5.51 crore as on March 31, 2021 compared to 2.33 crore six years ago (on March 31, 2015). It must be noted that this number stood at 58 lakh in August 2007.

In the past two years, things have changed dramatically. Initially, many believed that stock markets may enter in a bearish phase in 2020 due to lockdown restrictions. However, the liquidity wave unleashed all over the world by central bankers made markets take a U-turn. Technology-enabled Know Your Customer (KYC) norms made opening of demat accounts through the online route easy. While working from home, many took to stock market trading. Many brokers –especially discount brokers have seen significant pick up in new account openings from tier-II and tier-III towns. This resulted in an increase in retail participation. In 2021, 45% of the turnover in the cash segment on the National Stock Exchange of India (NSE) was done by individual investors. Though this does not include derivatives turnover, individuals trading in stocks decided prices in the cash market. Five years ago, individuals accounted for 33% of the turnover in the cash segment. Though some experts point out that investors are opening demat accounts for transacting in mutual funds and bonds, it has been observed that in the new demat account additions, their contribution is not high. The turnover numbers in the cash segment of the NSE make it clear that retail participation in direct stocks is on the rise.

In the past few months, equity schemes have seen some inflows. It has been observed that retail investors have been buying small cap stocks directly. In fact, the elevated levels of broad market indices and frontline stocks are partly explained by retail participation. Today there are not just active demat account holders in the market but serious investors who, in their spare time in the work-from-home environment are learning fundamentals of investments.

Currently strong retail participation has helped in buoying stock prices even in the wake of the second wave of the Covid-19 pandemic that has severely impacted economic activity, causing untold miseries on millions of households and small businesses. Most businesses are now stating that they may find it difficult to cope up with rising input costs arising out of inflationary pressures seen globally and they are not sure how much of these cost pressures can be completely passed down to the end consumer. On the other hand, elevated stock prices are already discounting a robust business cycle in the years to come hence, hence it is important to be “measured” in one’s expectations from one’s investments.

How will the increase in taxation in the US impact global markets?

Is the World on a Rebalance & Reset Mode?