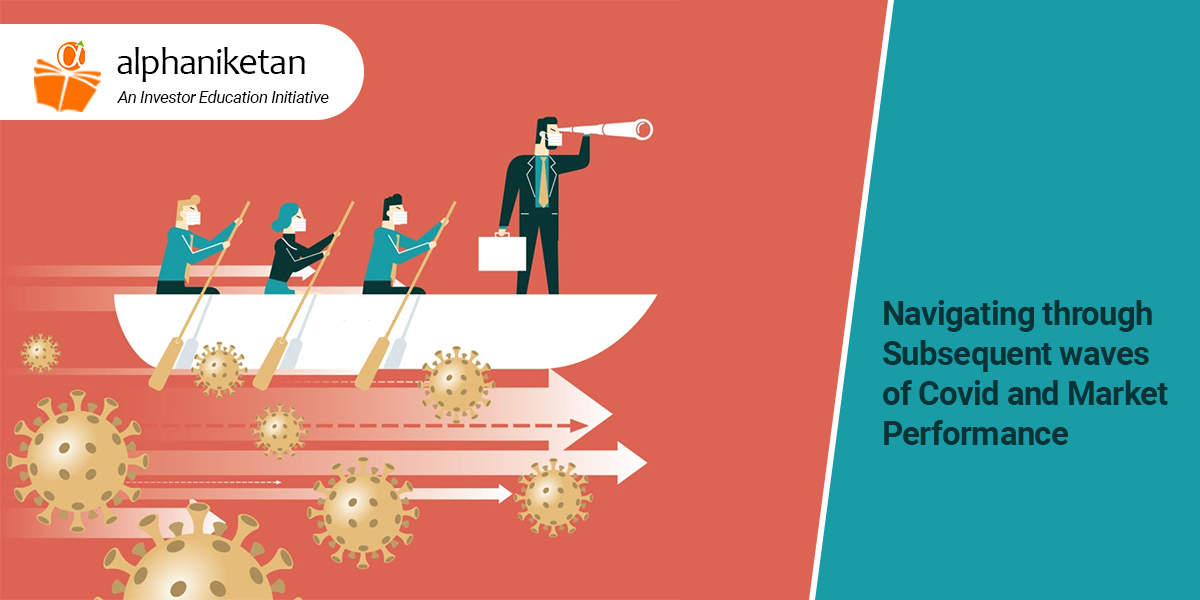 The second wave of the pandemic has left us dealing with healthcare emergencies of a monumental scale. The number of new cases erupting every day is increasing. Increasing infection severity and lack of support systems such as inadequate oxygen, ventilators and beds in hospitals has caused an unspeakable number of tragedies in almost every possible sense: economic, financial savings and above all, human lives. And the situation is worsening as the wave spreads deeper into the country.

As indicated before, there will be no national lockdown. To deal with the situation, the central government has issued a directive to state governments for imposing Local Containment Measures to break the chain in geographies with 10% positivity rates or 60% bed occupancy. So, to put simply, severe restrictions in various states or localities are round the corner and it is going to affect economic activity in addition to public health.

In the first wave, when the lockdown was announced to contain the Covid-19 pandemic, the stock market crashed. The Nifty 50 index crashed 23.24% in March 2020. Though this was a knee-jerk reaction to sell everything and make money off the table, sanity came back to markets with strong policy responses all over the world. The total demat accounts at the end of FY 2020 stood at 4.7 million and rose to an all-time high of 10.7 million between April to January exhibiting active retails participation of investors trying their hand at stock trading themselves instead of leaving it to fund managers. Central Bankers across the world, including the Reserve Bank of India, unleashed monetary support in the form of lowering interest rates and infusing liquidity in the financial system.

Market participants figured out businesses that were relatively less affected. For example, companies in information technology and healthcare business were relatively less affected. These businesses saw increased demand and resilience as these were businesses that were of essential nature or could be carried out virtually. The first half of FY2020-2021 saw these sectors posting good numbers. The Nifty Healthcare Index and the Nifty IT index gave 58.36% and 56.31% respectively in the same period. Market participants, however, moved to cyclical afterward. For example, banking sector stocks attracted the high interest of markets as clarity emerged on moratoriums on loan repayments, recognition of non-performing assets and there were less-than-expected loan defaults. The Nifty Bank Index climbed 55.21% in the second half of the previous financial year.

As we entered April 2021, in states such as Kerala and Maharashtra, Coronavirus began to spread wider. This caused some amount of volatility in the stock market. The Nifty Bank index has lost 4.74% in April so far. In the last year, businesses such as aviation, tourism, and hotels suffered a lot. These businesses will remain affected even in the present year largely because of the second wave of the Covid-19 pandemic which would limit the movement of people within and outside states. Consumer durables, automobiles and other discretionary businesses which had recorded strong recovery in the first quarter of the previous year may also be impacted. The Nifty Auto and Nifty Consumer Durable Index are down 2.69% and 4.87% in April so far. In March 2021, gold too touched a double bottom around 1670 USD per ounce. This is seen as a positive sign for the yellow metal. Given these factors, an important question which may weigh on investors’ mind is: How should one protect the downside of one’s portfolio? For investors, the negative correlation between gold and equity may play out. Some investors have sought shelter in defensives such as the healthcare sector. The Nifty Healthcare index is already up 9.08% in April this year. Though it looks like we may have a déjà vu in the stock market, investors should refrain from timing the market. If investors have not re-balanced their portfolios over the last year, then they may want to do so. It is best to avoid taking cash calls fearing massive falls as there is a low possibility of a national slowdown seen last year. Also, investors must not anticipate a ‘double-your-money’ rally from the intermediate bottom like last year as there is not much ammunition left with central bankers and policymakers. The only way to navigate these uncertainties to remain “invested” with a long-term view in mind. Investors are likely to gain only through this approach.

Everything You Must Know About Investing in ETFs

Inflation today is high, but tomorrow matters much more