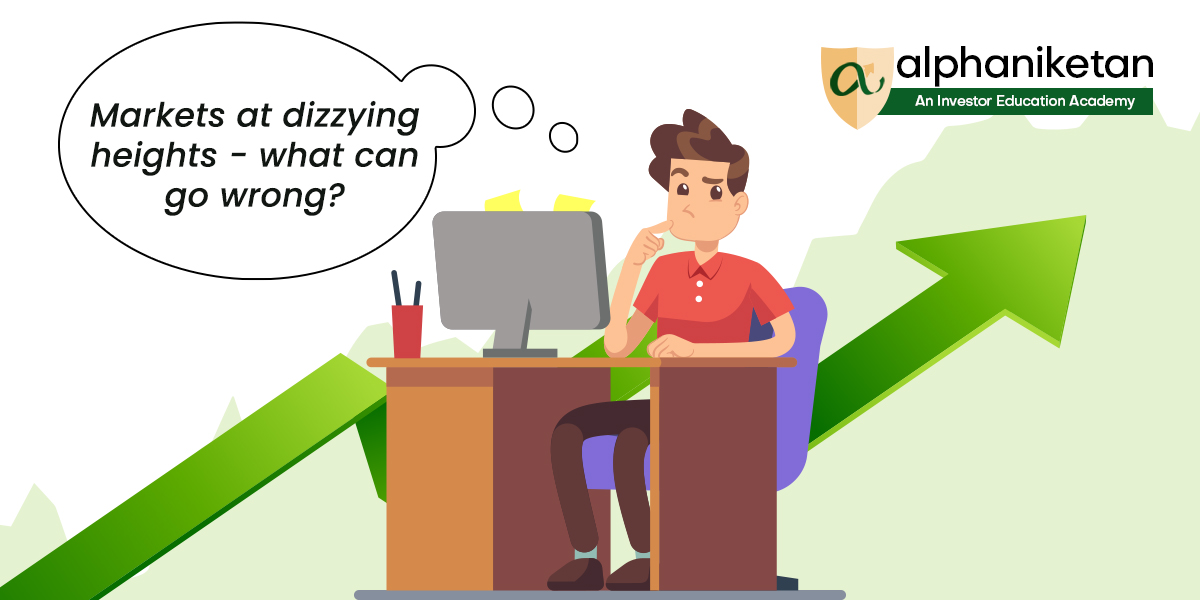 The 2008 global financial crisis or GFC was called a Black Swan event. It hit the global financial system like never before. A marquee bank like Lehman Brothers does not exist. Merrill Lynch merged with Bank of America. Citigroup, another iconic institution, had to rely on a government bailout. The event triggered a burst of ‘helicopter’ money to save the financial system from the US and other wealthy countries. ‘Tapering’ and ‘unwinding’ became common financial terms. Tantrums were not just for children. Central banks got into the ‘tantrum’ whirlwind too. Buying government and top corporate bonds from the market and releasing money into the financial system was a weapon that saved the world’s financial system.

The aftermath of the 2020 pandemic is taking things even further. There is even more money in the financial system than it existed ten years back. Asset prices are scaling new peaks despite threats to future profits from chip shortages, global trade disruptions and lower than before demand for goods and services. The era of ‘free money’ has pushed up asset prices so much that the concept of valuation is getting a new meaning. Price-earnings multiples that were lifetime averages are no longer the same for most markets.  There are more unknowns dominating conversations.

Concerns are mounting. A survey in the United States on the market perception for the quarter to September 2021 by Allianz Life, a global insurer, highlighted them vividly. As many as 54% of Americans worry that another big market crash is on the horizon. That number has gone up from 45% polled in the quarter to June 2021 survey. The US Federal Reserve’s policy of easy money has pushed asset prices higher than ever before. A significant 78% of Americans expect inflation to get worse over the next year. That means the easy money policy has to see an end game sooner than later. There are already grumbles that the US Fed is behind the curve on inflation and should begin raising interest rates. The response from the US Fed so far is that the inflation spike is ‘transitory’, and interest rate increases are way off. Jerome Powell, the chairman of the US Fed, said late last month that the inflation would primarily ease on its own as the global economy returns to normal after a rocky opening from the pandemic. The other worry is the new variants of the COVID-19 virus that could increase infections. About 69% of Americans said that they were worried that it would cause another recession.

Economic developments in China are adding to these complexities. China faces an energy crisis like never before. The government is coming down hard on businesses and looking to redistribute wealth with force. To add to that, the official manufacturing purchasing managers index or PMI fell to 49.6 in September 2021 from 50.1 in August. The survey of sentiment among factory owners indicates expansion when values are over 50 and contraction below 50.

Amidst all of that, India’s markets are showing resilience. Indian shares have outperformed major global indices in 2021.

Moody’s ratings changed India’s credit rating outlook to stable from negative. The agency highlighted that the downside risks from the financial sector are lower than estimated before.

However, the inflation threat looms. Pundits predict oil prices to continue to rise. India imports 80% of the energy requirement. Rising coal prices are pushing up the cost of power in the market. The RBI monetary policy committee as was expected left key borrowing rates unchanged. The tone continues to remain ‘accommodative’. However, some argue that the RBI kept rates low for far too long and is behind the curve. The Indian rupee has already weakened, and the 10-year government bond yields spiked to the highest level since April 2020.

India’s imports have surged in value terms due to rising oil prices. Foreign capital flows have covered the trade deficit. However, if interest rates firm up in the US and India, money could flow out of Indian equity and bond markets. According to the stock market data on ownership, foreign institutional investors own a fifth of the $3.3 trillion Indian equity market cap. Indian equity markets could see a fall amidst a global equity selloff despite a resilient economic outlook and faster growth than other major countries.

The Real Wealth of Nations

Rise of the Retail Investors