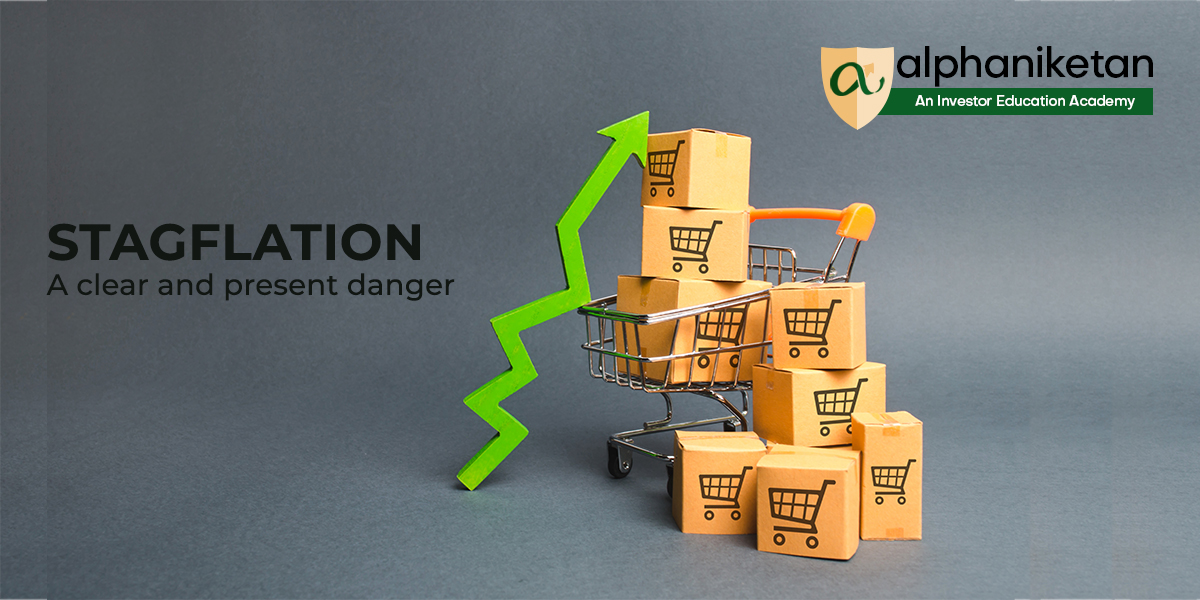 The dreaded inflation demon continues to raise the head. The consumer price inflation in America is perhaps the most-watched number in the financial markets around the world. It sets the tone for global borrowing rates. According to the latest imprint, it continues to rise despite the US Federal Reserve calling it ‘transitory’. On the other hand, the International Monetary Fund warns of risks to global growth. The latest World Economic Outlook revised growth prospects down for 2021 compared to the July forecast. Inventory drawdown in America is on the rise as supply disruptions intensify. Another critical observation is that consumption in America is softening ahead of the holiday season. A similar situation exists in Germany and Japan. (See chart, source: IMF Global Economic Outlook)

Cut to India. The Reserve Bank of India’s latest monetary policy statement is equally unconvincing on the outlook for inflation and growth. The statement continues to call data points highlighting price rise as ‘transitory’ but warns of risks of spikes in prices in the same breath. Higher fuel prices and supply shocks continue to influence prices in India as the festival and wedding season kick-off. The monetary policy committee left key borrowing rates unchanged, citing ‘fragile’ recovery and growth.

For now, it is holding back. The support for growth remains a critical imperative. However, other emerging markets have already begun tightening interest rates.

So here it is.

We have rising global inflation. We have slow growth everywhere. Stagflation is a clear and present danger.

The last time it happened was in the late seventies and the early eighties in the US. It took three US administrations to get on top of the inflation and the so-called Reaganomics, where economic reforms were initiated to liberalize businesses from regulations further to revive the economic activity. A similar situation was slow growth high inflation in India between 2009 and 2013 in the aftermath of the global financial crisis. It took two to three years of stringent fiscal measures to rein in inflation and stimulate growth. The Indian economy also witnessed shocks like demonetization and then the COVID-19 pandemic. With limited fiscal power, the government intervention concentrated on providing for the most vulnerable and spending on infrastructure. Unlike the rich nations, India’s government could not offer cash handouts to all individuals and small businesses.

In the latest Global Financial Stability Report, the International Monetary Fund warns that a sudden change in the monetary policy stance of advanced economies could result in a sharp tightening of financial conditions in emerging markets. They can adversely affect the capital flow that India relies on to finance the trade deficit. That could trigger a negative trend in equity markets and hurt prospects for the Indian rupee. A sharp change in the currency value could further hurt capital flows.

Meanwhile, stock market valuations continue to surge in India and many other countries. While the risk of stagflation is slightly ahead, most investors rely on profit growth over the next two to three years. Today, share prices are discounting profits that companies would make over the next few years and not just the year ahead. The IMF’s financial stability report warns of equity price misalignments that are elevated relative to fundamentals-based values. (See chart)

Many experts are suggesting that the stagflation fears are overrated. They cite differences like economic growth and employment then and now. The US Federal Reserve and other central banks have far more tools to rein in inflation and stimulate growth than ever before.

Be that as it may, the labour markets worldwide are just recovering from what the latest IMF Global Economic Outlook calls a fatal hit in 2020. The report quotes stunning data from the International Labour Organization on the decline in hours that equals 255 million full-time jobs lost. A significant portion of that decline is in emerging markets in America and South Asia. The pace of recovery is uneven across countries.

“Employment around the world remains below its pre-pandemic levels, reflecting a mix of negative output gaps, worker fears of on-the-job infection in contact-intensive occupations, childcare constraints, labour demand changes as automation picks up in some sectors, replacement income through furlough schemes or unemployment benefits helping to cushion income losses, and frictions in job searches and matching,” says the latest IMF observation on the employment outlook.

The IMF Fiscal Monitor throws up another red flag. The total debt issued by governments, non-financial corporations and households in 2020 reached $ 226 trillion and rose by $ 27 trillion in just a year. That is half the size of the world GDP in a year. “Both the level and the increase in debt are unprecedented,” said the report adding that it was necessary to mitigate risks and should be treated as a one-off event.

At some stage, we would have to pay for the debt. Governments have to boost new economic activity and generate additional tax revenue. That means we will have to pay higher taxes on income as well as expenditure. Amidst all this, America has the luxury of the US dollar being a reserve currency. Europe and UK have the mighty Euro and the Pound respectively. Countries like India need to continue the tight rope walk of fiscal prudence. The risk to countries like India is much more as any reckless government spending could trigger a bout of high inflation.

The Basics of Momentum Investing – Make it work for you

Your Multi Cap Fund Portfolio may soon look very different – What should Investors do?