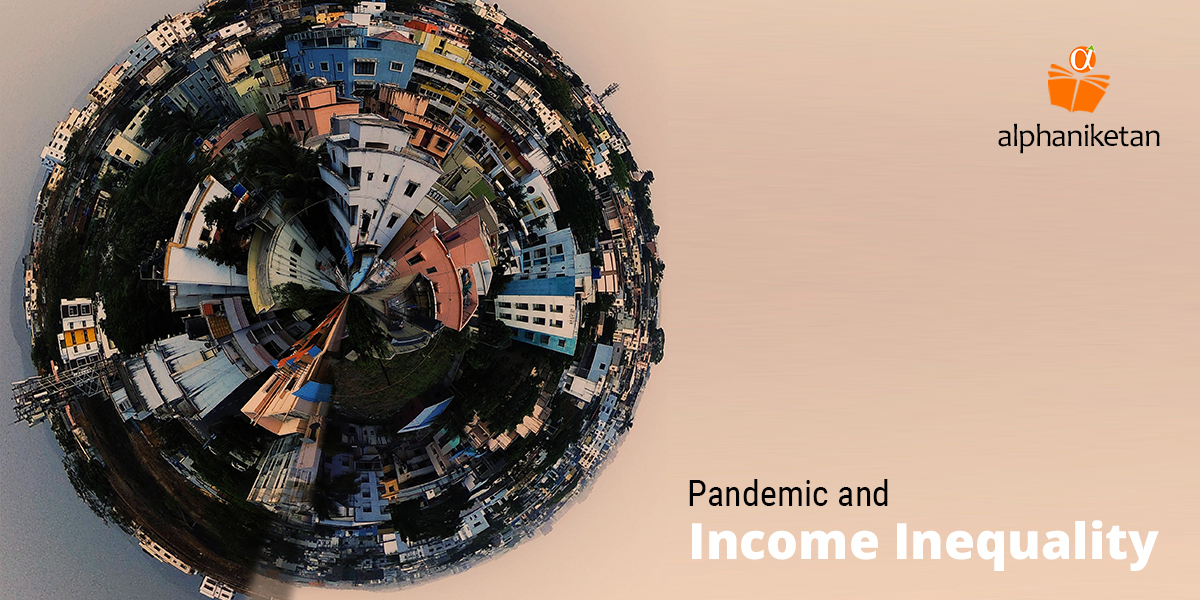 Pandemics often change realities. And it is not just about acute realisation of our mortality. It is also about the inescapable fact that impermanence actually is a message that nature conveys to us time and again. And a key variable which makes us experience this is the all-pervasive impact on the economy.

The recent pandemic caused from the widespread of the Coronavirus had almost crippled the economy. A report titled ‘Minus five’ of Crisil released in May 2020 called the current dip in economy activity as the worst recession since the independence. The rating agency not only estimated that the Indian economy may shrink by 5% in FY21, but it also foresaw about 10% wiping of the gross domestic product (GDP) in real terms. In subsequent months, though, the government promptly implemented unlock measures and a slew of green shoots were seen.

But a grim reality which stares coldly at us is that the economically weak sections of the economy are turning weaker resulting in further income inequality in India.

According to the International Monetary Fund (IMF) reports—World Economic Outlook: A Long and Difficult Ascent, October 2020 and Fiscal Monitor: Policies for the Recovery, October 2020—90 million people globally would slip into “extreme poverty” (surviving on $1.9 a day) due to the pandemic. India would account 40 million of the 90 million the IMF says. This means that 44.4% of the total population which will slip into extreme poverty will be Indians. Since most Indian workforce (94%) is employed in unorganised sector—firms with one to fifty employees—they have less or little access to social security and healthcare facilities. These are the worst affected people in the current COVID-19 triggered economic slowdown.

On the other hand, there is a stark reality which does not seem to change even in pandemics: While the poor continue to stay poor, the rich continue to grow rich. This fact has been highlighted even in the IIFL Wealth Hurun India Rich List 2020 which indicates that the rich have become richer post the pandemic. For example, the richest man in India – Mukesh Ambani, Chairman & MD, Reliance Industries, has seen his wealth rise by 73%. And he is not alone. This should widen the income inequality in India as it is happening in the world. The middle income class is also hurt in this pandemic. Some of them are on the verge of poverty due to loss of income or reduced income.

The situation was no different in the pre-COVID-19 world. The difference is: the extent and intensity of trends have changed. According to Global Multi-dimensional Poverty Index report, India had 364 mn poor individuals (1/3rd of the total population) as of September 2018. The situation since then has worsened according to data released by Niti Ayog. Poverty has been rising in twenty-two states and union territories since 2018. The situation is expected to worsen further due to the economic slowdown in 2020.

While the policy makers and the government may fix the situation and alleviate poverty, it is imperative for households to learn a few lessons from this extraordinary event. Saving for the rainy day is the first thing millennials and the generation Z needs to learn. Creation of an emergency fund should be the first thing one should do as a part of his personal finance plan. Bond funds can be used to build an emergency fund. Disproportionate dependence on salary is risky as a job loss pushes individuals in poverty. An emergency fund covering minimum six months of expenses helps. Adequate insurance cover further fortifies one’s financial situation. Regular savings and investing into bonds and stocks through well-regulated investment avenues such as mutual funds can further help individuals create funds. Bearing these facts in mind, one can avoid rude shocks and deal with uncertainties with much more confidence.

Investments in US Markets