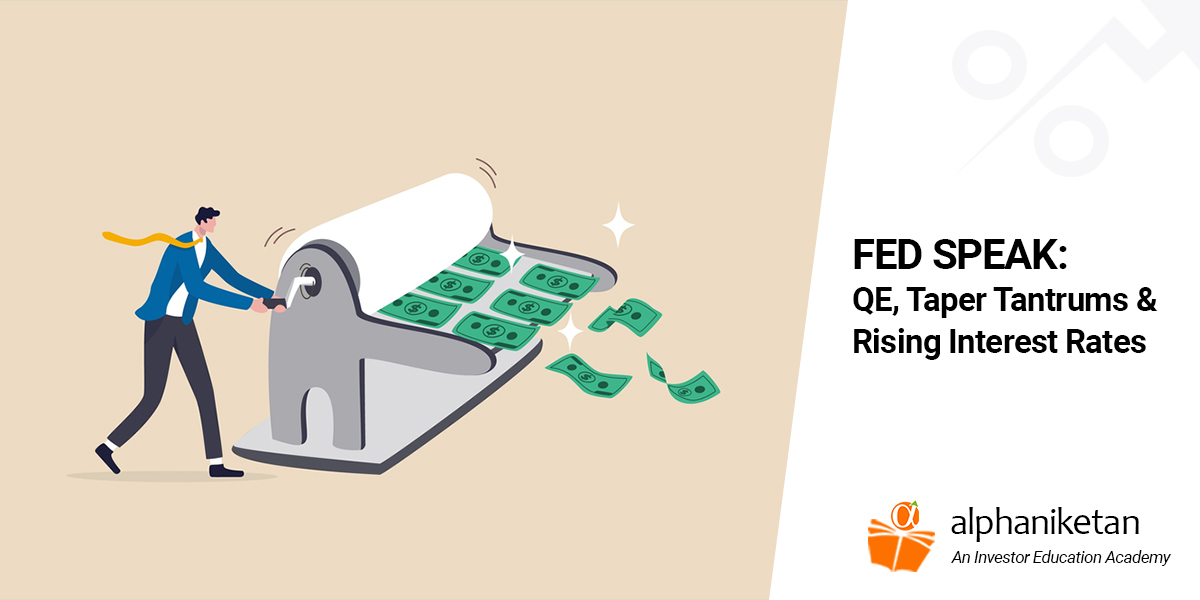 Monetary Policy is an interesting weapon in the hands of Central Bankers. In fact, it wouldn’t be too outlandish to surmise that Central Bank policy actions have influenced outcomes of Socio-Economic cycles across continents over the last century. A key purpose that monetary policies serve is that they either revive or put an invisible speed breaker in the economies that they sought to influence to a considerable extent. This is evident from the fact that since the beginning of the Global Financial Crisis in 2008, most central bankers have tweaked their monetary policies to revive their respective economies.

The US Federal Reserve has adopted a consistent accommodative stand regarding its monetary policy regardless of the change in administration. However in recent times, there have been brief murmurs of disapproval among experts about the effectiveness of the prolonged accommodative stand of the Fed. This situation has triggered off basic questions among investors’ minds. One is: How have quantitative easing (QE) and tapering, which are levers of monetary policy, worked in the past? The other question is: How does one read into these variables in the present market conditions?

Let us try and understand these in greater detail:

Quantitative Easing (QE) involves buying bonds (financial assets) directly from markets and injecting liquidity (US dollars or other currencies in respective countries) into the economy. This creates downward pressure on interest rates, creates more liquidity (Dollars) in financial markets, boosts investment, capital expenditure and consumption, and eventually pulls the economy out of a recessionary spell. This is in short, the role of QE.

As the economy starts reviving, it brings with it certain challenges. The key challenge is Inflation. To thwart the sharp rise of inflation, central bankers start by gradually reducing the quantum of the value of bonds they buy from open markets. This is where the concept of Tapering comes in. For example: If central bankers had bought bonds worth USD 100bn per month before, they will now buy bonds worth USD 70mn per month from the open markets. This reduction in the quantum in the value of bonds bought by central bankers is called tapering.

But tapering is easier said than done! In 2013 when the US Fed announced its decision to unwind its long lasting QE program in place since March 2009, it left financial markets in jitters. Initially, the Fed announced its intention to cut down the monthly bond-buying program which sent the global financial markets (equities, bonds, currencies, commodities) into a tailspin. In 2017, the Fed started to cut down on the size of its balance sheet – quantitative tightening. By August 2019 the Fed’s balance sheet had assets worth US$ 3.8 trillion compared to US$4.5 trillion in 2015.

Last but not the least, the final step central bankers prefer to take in order to rein in the inflation beast is to increase interest rates.

Now that we are clear of these three levers available for central bankers in their monetary policy, let us understand how these levers are functioning in present market conditions:

A big event that transpired in the past one and a half years is the pandemic. It has impacted the global economy considerably. The Covid-19 pandemic has led to lockdowns. These lockdowns have resulted in an economic slowdown. To revive its economy, the US Fed has taken all possible measures to infuse liquidity into the financial markets. The new administration in the US has also announced its plans for a huge trillion dollar infrastructure program. Though this is expected to revive economic growth and employment in the US economy, there are certain repercussions. One of these repercussions is inflation. The US has recorded consumer inflation at 4.2% in April up from 2.6% in March—which is highest since September 2008! To control inflation, the US Fed is most likely to resort to undertaking tightening measures which would involve the tapering route as well.

Currently US policy-makers are assuring the financial markets that it is still far away from resorting to tapering and it will continue to maintain low-interest rates in the economy for a considerable period of time. However, Markets have already taken a note of the rising inflation and the 10-year yield on the US bond, which has moved up by ~100bps to 1.64% over the last 3-4 quarters is already factoring in an economy which is heating up fast. If tapering does get announced then the 10 year bond yields are likely to go further up and financial markets may get impacted in the short term.

As a result of this, bonds may once again become attractive in comparison with other risk assets such as Equities. In this situation, investors will have fewer incentives to chase risky assets such as the US and emerging market stocks. Also since Equities all over the world are already trading at premium valuations, this event is likely to trigger a possible sharp correction in stocks and other risk assets.

The second round impact of the above would be that Emerging Markets may see outflows in the short term. Which will cause pressure on EM currencies: A similar situation played out in India in 2013 when the RBI had to raise interest rates in order to defend the currency and also stem inflation. If the RBI were to make such a move today, it can have a deep impact on various asset classes. While investors in small saving schemes and fixed deposits may benefit from high-interest rates, investors holding long-duration bond funds may see unattractive returns and in some cases foresee mark-to-market losses. Also, rising interest rates in India may result in a shift in investments from equities to bonds. The high cost of funds may also impact the level of consumption and capital expenditure as well.

In the context of these facts, it is important that investors must follow the commentary of the US Federal Reserve closely and align their portfolios accordingly whenever they can see the winds of change blowing.

Economic consequences of the war

Is the India de-coupling story sustainable?