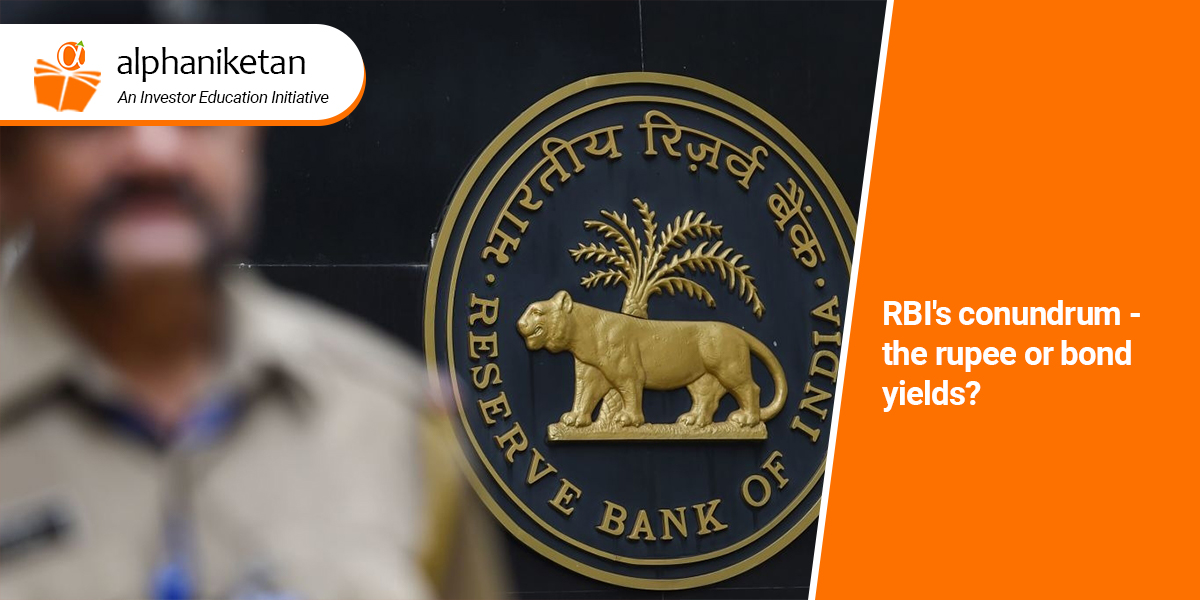 On expected lines, the Reserve Bank of India (RBI) started the financial year with a Dovish Monetary Policy stance – an accommodative monetary policy that keeps interest rates low to encourage economic growth. With the ‘Whatever it takes to revive economic growth’ mandate for most central bankers worldwide since the Covid-19 pandemic, low interest rates and depreciating currencies have become two preferred choices of weapons. The former aims at reviving capital expenditure and consumption whereas the latter aims at making exports competitive. But what works for developed nations may not work for emerging markets such as India.

The unintended consequence of such an ultra-loose monetary policy is a steady rise in inflation. Though RBI initially thought inflation would be transitory, later, it revised up the expected inflation level to 5% and above for the financial year 2021-2022. Rising inflation and the backdrop of unprecedented borrowing by central government and state governments indicated higher bond yields. RBI saw that institutional investors started demanding higher interest rates in government bonds’ auctions. To keep interest rates low, the RBI announced G-SAP 1.0 – a secondary market government securities acquisition program. The regulator announced that it would buy G-sec worth Rs. 1 lakh crore in the first quarter of the financial year. April 2021 saw bond-buying of Rs. 25,000 crore and May 2021 is expected to see bond-buying of Rs. 35,000 crore. The motive behind the bond-buying program is to keep yields in the Indian bond market low. Low interest rates mean the regulator keeps encouraging corporations for additional capital expenditure and consumers lever up to consume more.

Though the benchmark 10-year bond yield came down by 12 basis points immediately after the announcement of G SAP 1.0, the foreign exchange (forex) markets reacted to the situation. The rupee lost 1.5% against the greenback. The market took cues from the RBI commentary. Increased borrowings, the possibility of sticky inflation and more than the longer time required for economic recovery due to the second wave of Covid-19 in India mean the Indian rupee needs to lose some value against the US dollar. Falling rupee against American dollar though is good for exports, we have a situation wherein our imports are far more than the exports. The falling rupee makes imports of crude oil expensive. It also leads to ‘imported inflation. India cannot afford to have runaway inflation. Containing inflation is going to be the medium-term objective of the RBI.

So, how can RBI manage to deal with the situation of depreciating rupee and maintaining low-interest rates? Historically, it has been observed that there is no direct correlation between interest rates and the value of a currency. But when the currency of a country is in a severe downtrend, the central banker of that country, usually, prefers to offer higher interest rates to attract capital. But in the case of India, the RBI cannot invoke this tool. Rather it seems that it plans to keep interest rates low.

The RBI has to strike a balance between the two objectives – not allowing the rupee to depreciate beyond a point and at the same time not allowing interest rates to rise. It is seen intervening in the forex market by selling dollars. Buoyant stock markets have been attracting strong foreign portfolio inflows till recently and hence dollar inflow is happening. That to some extent has supported the rupee. But if the Covid-19 cases keep increasing and we see another bout of nationwide lockdown, then we may see a reversal of capital flow as overseas investors start to fret about the impact on the broader economy which is likely to impact growth. As such it’s pretty clear that the RBI is walking a tightrope!

The RBI may take a few unconventional means to bring in money and keep both yields and the rupee stable. It may announce some measures to attract foreign institutional investors and non-resident Indians in Indian bond markets. There is a possibility that the Indian public may be offered options to invest in government bonds directly. This can bring down dependence on institutional investors.

Investors should keep a watch on how the situation unfolds. Though it is not in their control, the best way to reduce the risk is to diversify globally. It not only cuts country-specific risk but also helps investors to benefit from economic growth in various regions beyond their home country.

The GDP vs Stock Market Conundrum