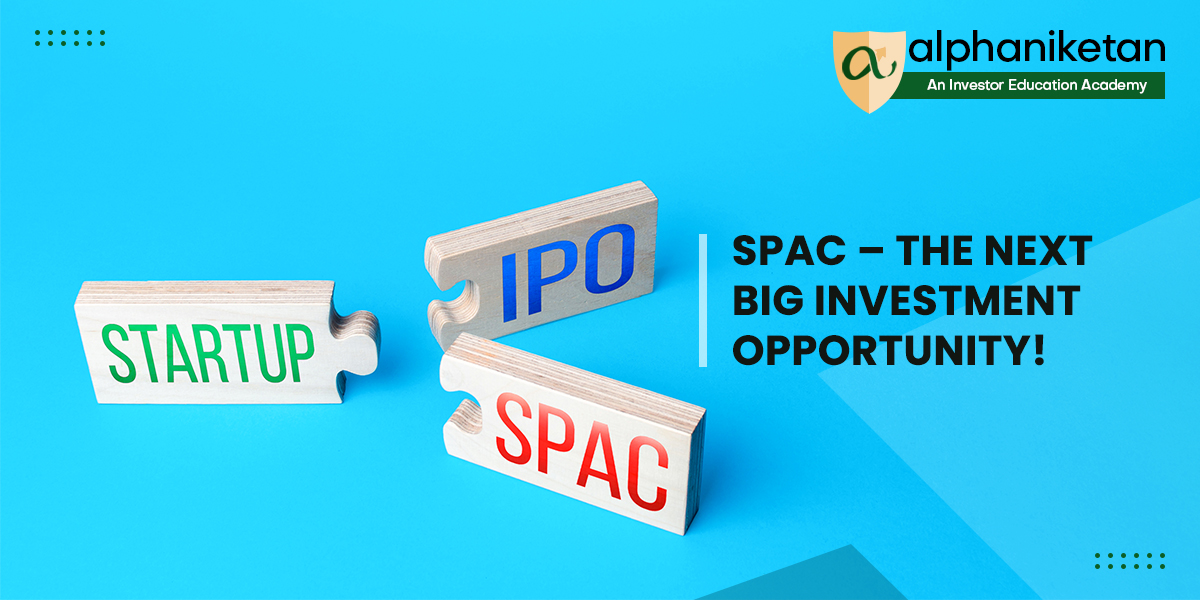 First thing first, let’s get the definition out of the way. The SPACs are shell companies, in other words, a “Blank Cheque” company, created for a specific purpose of acquiring an operating private limited company and taking them to the public quickly through a reverse merger process by scuttling the entire ordeal of IPO listing processes and regulatory scrutiny. Ahh… mouthful!!

Did the smart folks figure out a way around to the cumbersome process of IPO listing via SPACs?

Well, we think YES! Before we jump to any conclusions, it’s important to understand why the SPAC came into existence in the first place. Just to expand this point further, let’s take an example; XYZ is a private company, initially, it raised money from a venture capital entity but eventually it needs even more capital to fund its growth, so the next available option will be to raise money from the public through an IPO route. The capital raising through an IPO route is not an easy process, as the company needs to approach investment bankers, find a lead book-running manager, engage in underwriter negotiation, deal with uncertainty in valuation, regulatory scrutiny, etc. It is usually a very complex and expensive process with the company having to shell out a hefty percentage of IPO proceeds as fees and estimates are as high as 7% of the capital raised. To avoid all this fuss, some smart folks created what is known as SPAC to provide a smooth passage out of this complex listing process. The creators of SPAC can easily raise the money from the public through an IPO with minimum hassle only to acquire the companies which need capital to grow but are wary of the rigmarole of the listing process or to pay hefty underwriter fees.

Now the most relevant question to ask, who will benefit the most from this SPAC model? Will it be the investors who are investing in the SPACs or the creators?

Well, we would say both, but the scale is tilted more in favor of SPAC sponsors. It’s not that complex to understand – the SPAC will tap the capital markets to raise money through an initial public offer (IPO) which depends entirely on the credibility of the sponsors and their ability to find an interesting company to acquire in a limited time frame and create shareholder’s value by a reverse merger process. Let’s go a step further, the SPAC structure is created with two classes of shares – class A and class B shares, Class A shares are known as common shares which investors can buy through an IPO process, it will also carry warrants in case investors would like to purchase additional shares in the future. The other class of shares is called class B shares; in other words, these are sponsors’ shares, interestingly, sponsors do not have to pay much for that! Moreover, when the sponsors of the SPAC acquire a company, then there is this solid reward to own nearly 20% of the newly acquired company. At this point, the contours of the SPAC model are more apparent.

The money raised by SPAC through IPO should be held in an escrow account and can be invested, say up to 95% in the govt bonds and the rest of the funds to be held in the reserves to cover the expenses of the management in pursuit of finding a target company. The SPAC will get two years to find a suitable company to acquire and once they find one, then they would require shareholders’ approval to consummate the deal but if they can’t find one, then they need to liquidate the company and return the money to the shareholders of the SPAC. There is a limited downside risk to SPAC shareholders because they are issued at $10/share and they typically remain that way unless shareholders doubt the ability of the sponsors to find a good target company. On the contrary, if the shareholders are optimistic about sponsors’ ability to find a suitable company, then the SPAC shares can trade at a much higher level. It’s very clear from the SPAC model that the SPAC sponsors are the biggest beneficiaries and have limited downsides in the whole deal. Another interesting point to note is that the sponsors are most likely to find a suitable company to acquire within the two-year time frame. Why? Remember the benefits of 20% ownership rights!

Now the question is whether should you invest in SPACs?

Here is our take on this, the SPACs are incentivized to find a suitable company within the time frame because of the payoff structure, so one needs to be careful of SPAC making any substandard acquisition for the sake of it. One more thing to keep in mind while investing in the SPAC, it’s important to buy shares closer to the issue price which is $10/share to limit any downside risk. If one can do a bit more due diligence on the sponsors’ credentials, it’s a good idea to bet some money in this space. To share some numbers, there were around 480 IPOs launched in US markets during the year 2020, out of which 248 were SPACs, there are still a large number of SPACs hunting for suitable companies to acquire. The SPACs are also into cross-border acquisitions, the big one expected to happen is the Singapore-based start-up known as Grab, a ride-hailing and food delivery firm finalized to go public in the US with a SPAC firm Altimeter Growth at a valuation of $40 billion.

The below charts provide intense SPAC activities, especially during the last couple of years. It makes us wonder and may sound paradox, why all these kinds of instruments become insanely popular during the bull market? Are we heading towards the euphoric phase of the bull market? Well, to be honest, we don’t know that yet! It’s a billion-dollar question, only time will tell!!

In India, SPAC is at its nascent stage and will need suitable regulatory framework to get this on turf. But Indian investors can invest in overseas SPACs through the LRS route up to $250K. On the taxation front, the long-term capital gain on SPAC is 20% and the holding period to qualify for the long term is 24 months.

This article is authored by Nanda S – Co-founder, Alphaniti