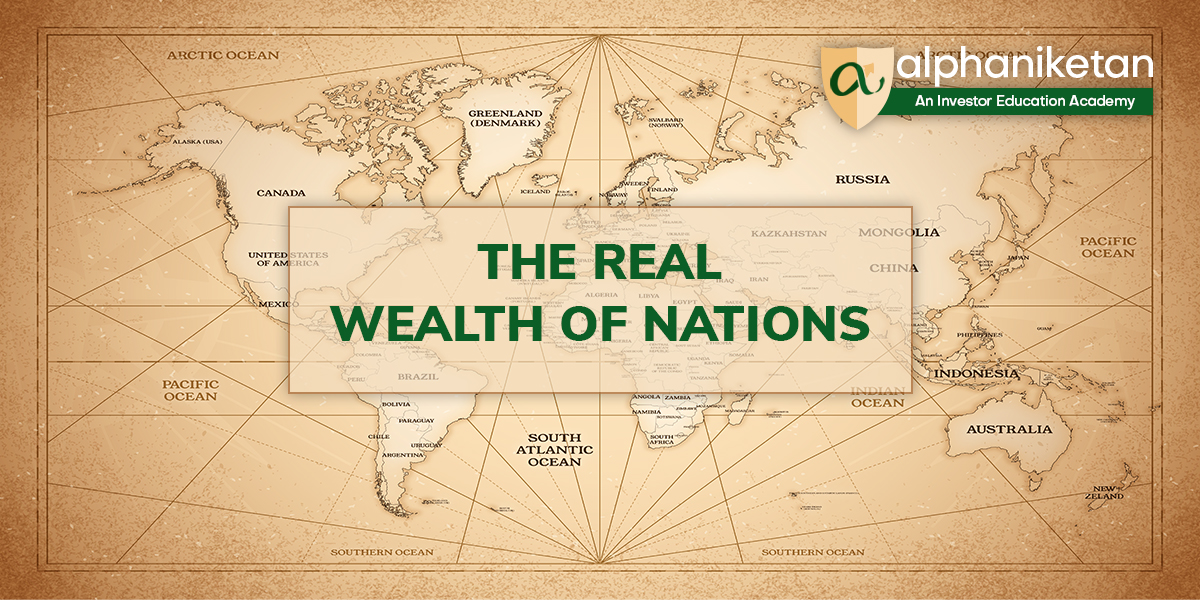 Adam Smith, the reputed economist of the 18th century, authored the book “The Wealth of Nations” where he articulated that the “invisible hand” through the market mechanism ensures that the pursuit of individual self-interest by millions of participants in an economy results in the larger societal benefit. This, he argued, is because division of labour results in a network of inter-dependencies which promotes stability and prosperity through the market mechanism. He further argued that the market mechanism is self-correcting as long as the State stays clear of interference in its functioning and restricts itself to matters like defence, law and order and public works.

This is the foundation on which capitalism rests and over the last couple of centuries, several countries have been successful in substantially pulling themselves out of the spectre of poverty and destitution by following the tenets prescribed by Adam Smith.

Apart from the free market mechanism, common sense would suggest that a starting point for the prosperity of nations would be an abundance of natural resources that a nation can exploit and trade for the goods and services that its citizens need. This is however not entirely true among prosperous nations where the citizens enjoy a good standard of living, as also fundamental rights and freedom of choice. This paradox is best exemplified by the fence that divides the city of Nogales in Arizona, USA and its sister city Heroica Nogales, a part of the Sonora State in Mexico. The geographic environment and the ethnicity of the population are identical on both sides of the city of Nogales but the American side is far better on several counts like average income, health and life expectancy, crime statistics, quality of infrastructure and the fairness of the electoral process. The stark difference in the quality of life between the two sides of the city is a sad commentary on the differing standards of the political and economic institutions in the US and Mexico. An even starker example on this metric would be the differences in the quality of life of the citizens of South and North Korea.

Even a cursory look at the quality of life of the citizens of countries like Sierra Leone, Nigeria, Congo, Haiti, Rwanda, Burundi, Madagascar etc. that are well endowed with natural resources like diamonds, oil, minerals, forests, water, seafood etc. reveals that it is not just nature’s bounty that determines the prosperity of nations. Some of such countries are either dictatorships or kingdoms that exploit the natural resources – quite often for personal gain – while keeping the citizens largely subjugated and poor or at best, at subsistence levels. What is surprising is that the productivity of people from such countries increases many-fold when they migrate, an example being a Mexican migrant to the US who is 5 times more productive than the one in Mexico.

This apparent paradox has been a subject of study by economists over the last several decades and the broad conclusion is that the prosperity of nations depends not only on natural resources and produced or built capital like machinery, equipment, infrastructure etc. but quite largely on what is loosely called as “intangible capital”. Intangible capital is the sum total of several factors like mutual trust among people, a skilled population, an efficient justice delivery system, high quality educational, social and other institutions supporting economic activity, clear property rights and effective government. It is this intangible capital that boosts the productivity of the factors of production that results in higher total wealth.

Another similar study has established that if all the conditions for development other than capital are present, capital would be generated locally or will become available from abroad but if the conditions of development are absent, capital whether local or imported, would remain unproductive and hence unable to make an impact on the wellbeing of citizens. The key takeaway from several such studies is simply that for a developing country like India, as long as a competent leadership continues to invest in establishing the rule of law and in a good education system, the path towards conquering and transcending the age-old spell of poverty and destitution is clear.

This article is authored by UR Bhat, Co-Founder at Alphaniti (www.alphaniti.com)