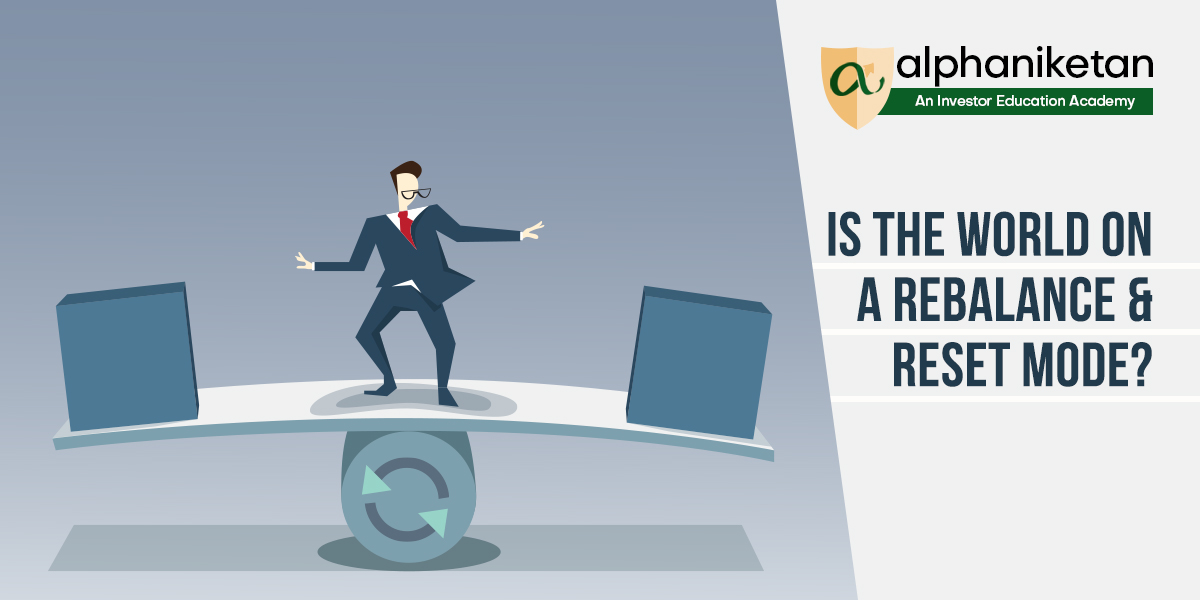 It was an era of excesses. With the US Federal Reserve considering slowing down bond purchases faster than before due to rising and stubborn inflation, it could be a beginning of rebalancing in the financial markets. Financial markets are presently flush with excess money. With a zero per cent interest rate in rich countries, asset prices surged across the board. Real estate, equity and commodities have witnessed a dramatic resurgence from the depths of 2020. World markets have seen such booms in the stock market and property in the past. However, very rarely, that has not translated into productivity. That makes this time different.

Money needs to find a way into productive assets. That is necessary if you want to provide income to a surging population. So, the easy cash should mean new businesses, new factories, products and services. However, we have witnessed a surge in wealth over the past two years, not in productive assets. That has led to inequality like never seen before.

There has been a dramatic surge in global economic inequality over the past two years. Between 2021 and 2019, the wealth of the top 0.001% grew by 14%, while average global wealth is estimated to have risen by just 1%, says the recently published World Inequality Report 2022. At the top of the top, global billionaire wealth increased by more than 50% between 2019 and 2021. At the same time, nearly 100 million people in poorer countries slipped into poverty. Cheap money has made the rich richer and the poor poorer.

The US Federal Reserve could consider ending the easy monetary policy as inflation touches the highest levels since the 70s. Federal Reserve chairman Jerome Powell has already said that America may have to slow down and stop purchasing bonds sooner than later. That could tighten the liquidity in the US financial markets. It would also pave the way to raise interest rates to control inflation.

Stocks have had a dream run since the lows of March 2020. The year 2022 could see portfolio managers looking to rebalance. With the prospect of interest rates rising, investors could look for new businesses and sectors to invest. There is a significant churn with new businesses in fintech or consumer technology. Companies that have remained in the private equity domain for years are now going public in India and abroad. There is likely to be a change in the composition of benchmark indices with some giants of consuming technology like Paytm going public. Investors would also concentrate on businesses that are beneficiaries of the recovery in the economy. Companies that provide digital solutions to consumer problems would win in the next few years. There is a good chance of value getting unlocked from businesses in financial services, delivery services besides technology enablers. It is also clear that not all companies are expected to bounce back. With a likelihood of rising interest rates, all those interest-rate sensitive companies would lose investor interest as profit margins shrink.

India is affected by the surge and decrease in global liquidity. India depends on capital flows through foreign direct and portfolio investment. If interest rates harden elsewhere globally, India could see outflows from foreign investors in 2022. India is trying to control stubbornly high inflation and support economic growth. In 2022, the Indian government could improve tax buoyancy and compliance. The government would continue to monetise assets and increase receipts. Last week, the government announced privatising 25 airports. It would also push for the initial public offering of the Life Insurance Corporation of India and the privatisation of public sector banks in 2022. The fiscal deficit for 2020-21 is already expected to be a record 9.3%. That is twice the number in the year-ago period. Any rebalancing of India would involve bringing down the fiscal deficit and curbing excess expenditure. That could push the government to take some unpopular measures. 2022 is the best year for the government to go for any economic reforms as general elections would be held in 2024.

It is a whole new world. Businesses are rebalancing their strategy to engage customers digitally. Digital transformation is the buzzword. Banking industry has been revolutionised through technology. The investment world is now embracing new technologies and aided by Big Data is making Investment affordable, accessible and scalable. The legacy challenges that existed in the past are being rapidly conquered through relentless innovations as the investment landscape get re-shaped. The Digital ecosystem needs to be well-supported by regulatory reforms to fulfil the vision of Digital India and also enable India to align with Global markets and trends.

As the world goes through this process of Reset, Investors need to Go DIGITAL and be Future Ready.

How healthy are India’s banks?

COVID and its Impact on the Economy

How to walk the commodity ‘supercycle’ talk